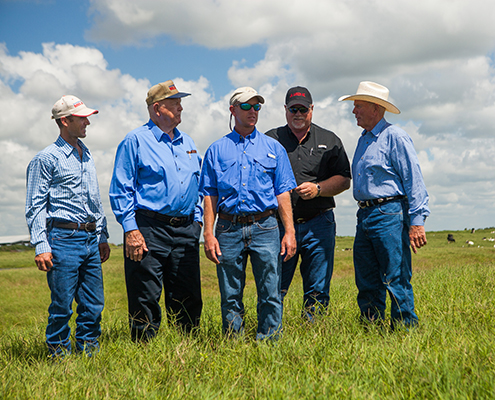 Considered by many as the dean of dairymen in South Florida, Louis “Red” Larson started in the business as a teenager in 1942 looking for a summer job. He made $2 a day milking cows by hand.

Considered by many as the dean of dairymen in South Florida, Louis “Red” Larson started in the business as a teenager in 1942 looking for a summer job. He made $2 a day milking cows by hand.

After military service in World War II and college, Larson and wife Reda started their first dairy in 1947 west of Fort Lauderdale. A few years later they moved the farm to Palm Beach County and then to Okeechobee County in the 1960s.

More than four decades later, the Larson name means dairy throughout the state. Red, his two sons and two grandsons own and operate several dairies, milking a total of more than 10,000 cows. They are Florida’s largest dairy family.

As testament to his leadership, Larson served on the USDA Dairy Advisory Committee during the Kennedy and Johnson administrations and was instrumental in developing milk-marketing methods that benefit both the dairy industry and the consumer.

Now in his 90s, Red still checks his cows’ milking production and assures they are comfortable and healthy. He stays current with industry issues and trends.

“My dad is the youngest thinking old man I know,” says son Woody. “And I’ve been saying that for 30 years.”

Woody’s sons, Jacob and Travis, each operate a Larson farm in Okeechobee. Woody owns farms in North Florida too, as well as beef operations. He is the president of the Florida Cattlemen’s Association.

Red’s other son, John, also owns a dairy in Okeechobee County. In addition, he serves on the Florida Dairy Farmers board of directors and on the Dairy Management Inc. board, a national organization that represents dairy farmers across the country. As a member of those two groups, John has been actively involved with initiatives to increase dairy sales at McDonald’s and Dominos. He also strongly supports the Fuel Up to Play 60 program that combines schools, dairy and the NFL to promote health and fitness.

While successful in their own right, Woody and John and their families owe it all to the man who started it.

“There are only two ways you become a legend,” Woody says of his dad. “One is you live a long time or you do something really legendary. In his case, he’s done both.” 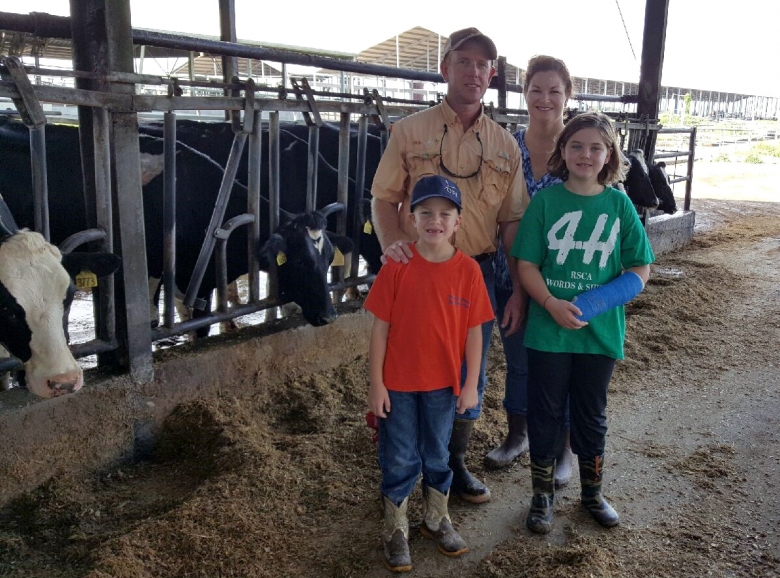 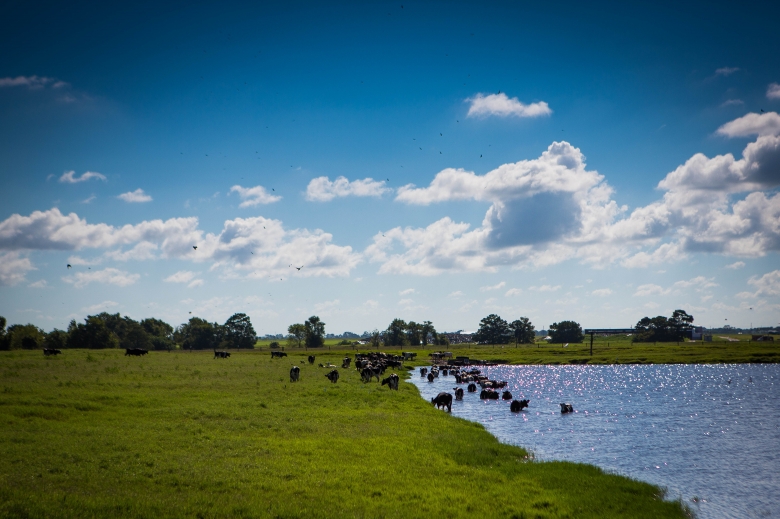 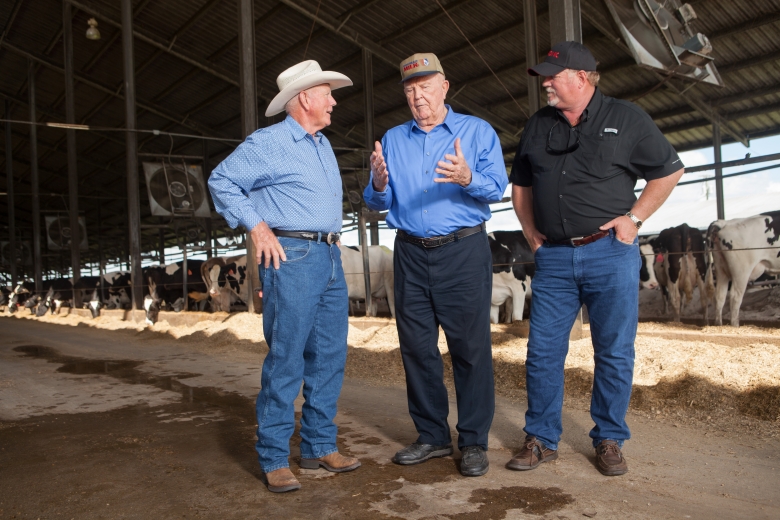 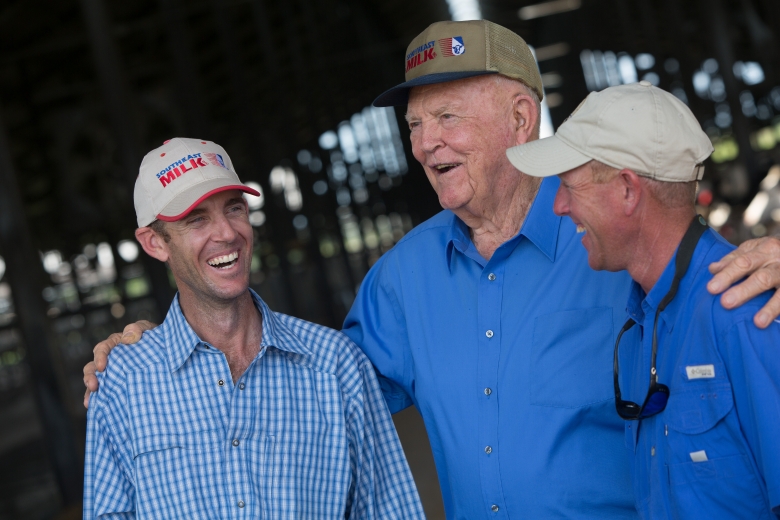 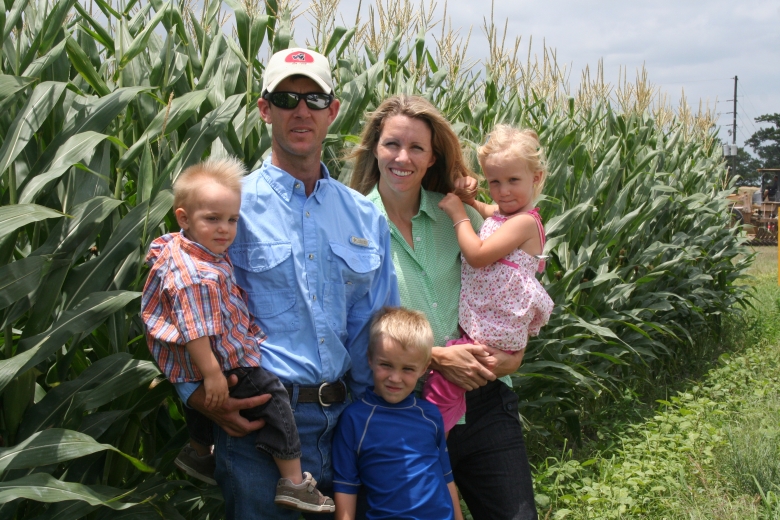 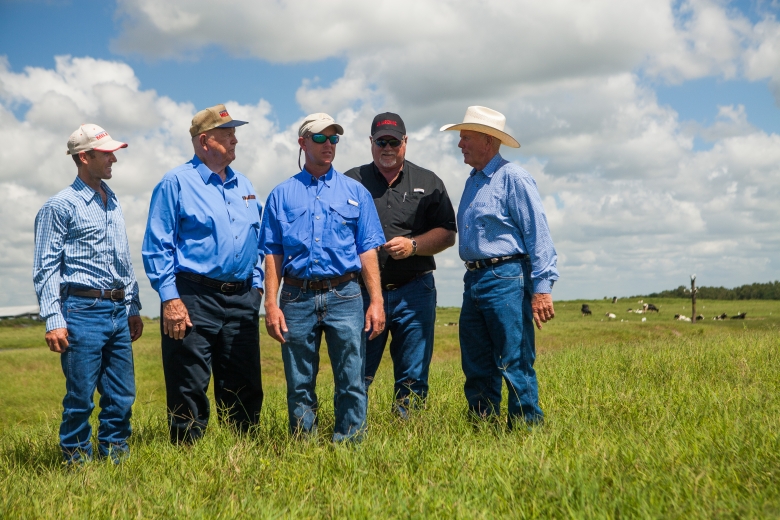